DISCONTINUED PRETTY GIRL Postcard! "When They Said, 'Don't Forget To Turn Your Clocks Back,' I Didn't Realize They Meant All The Way Back... 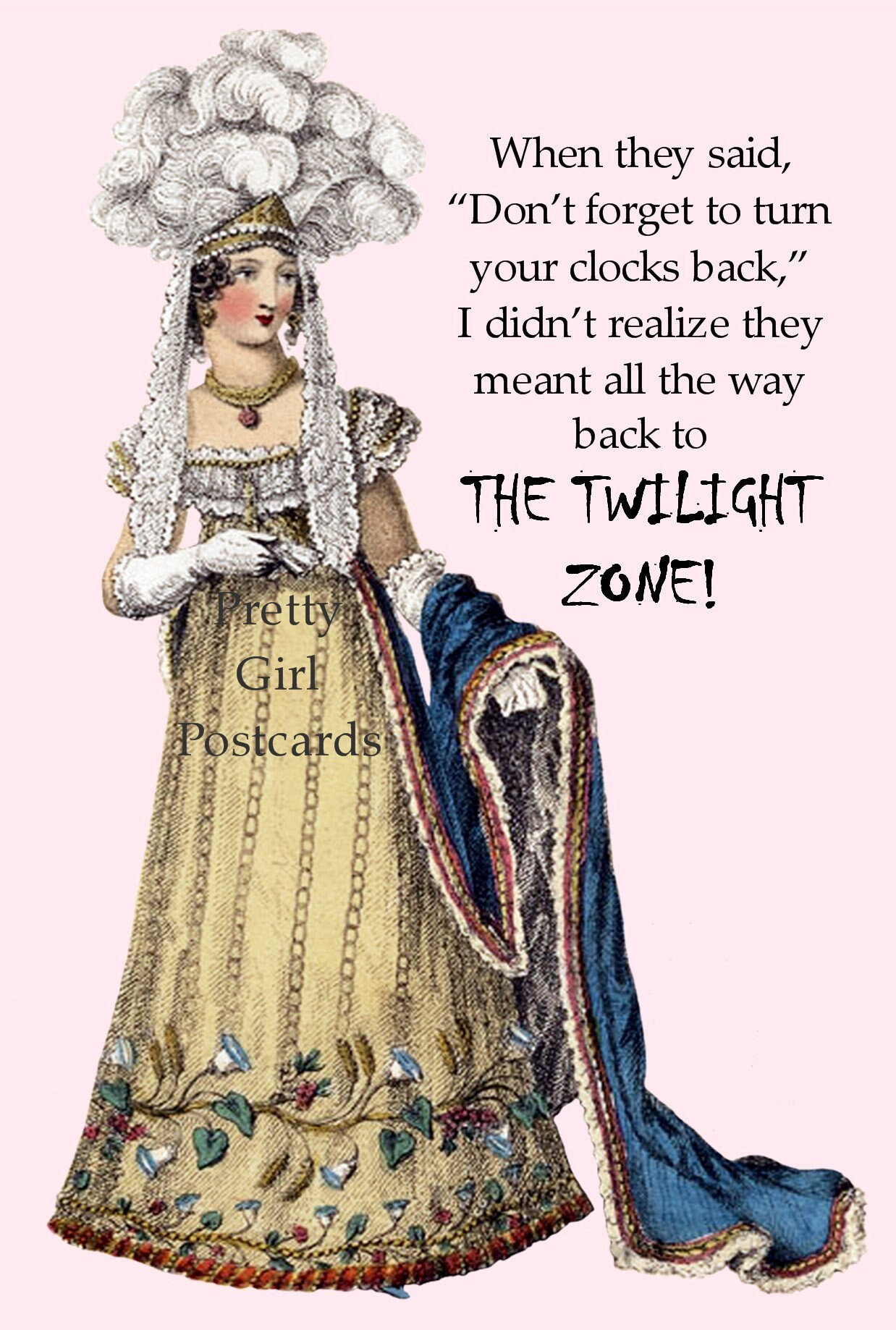 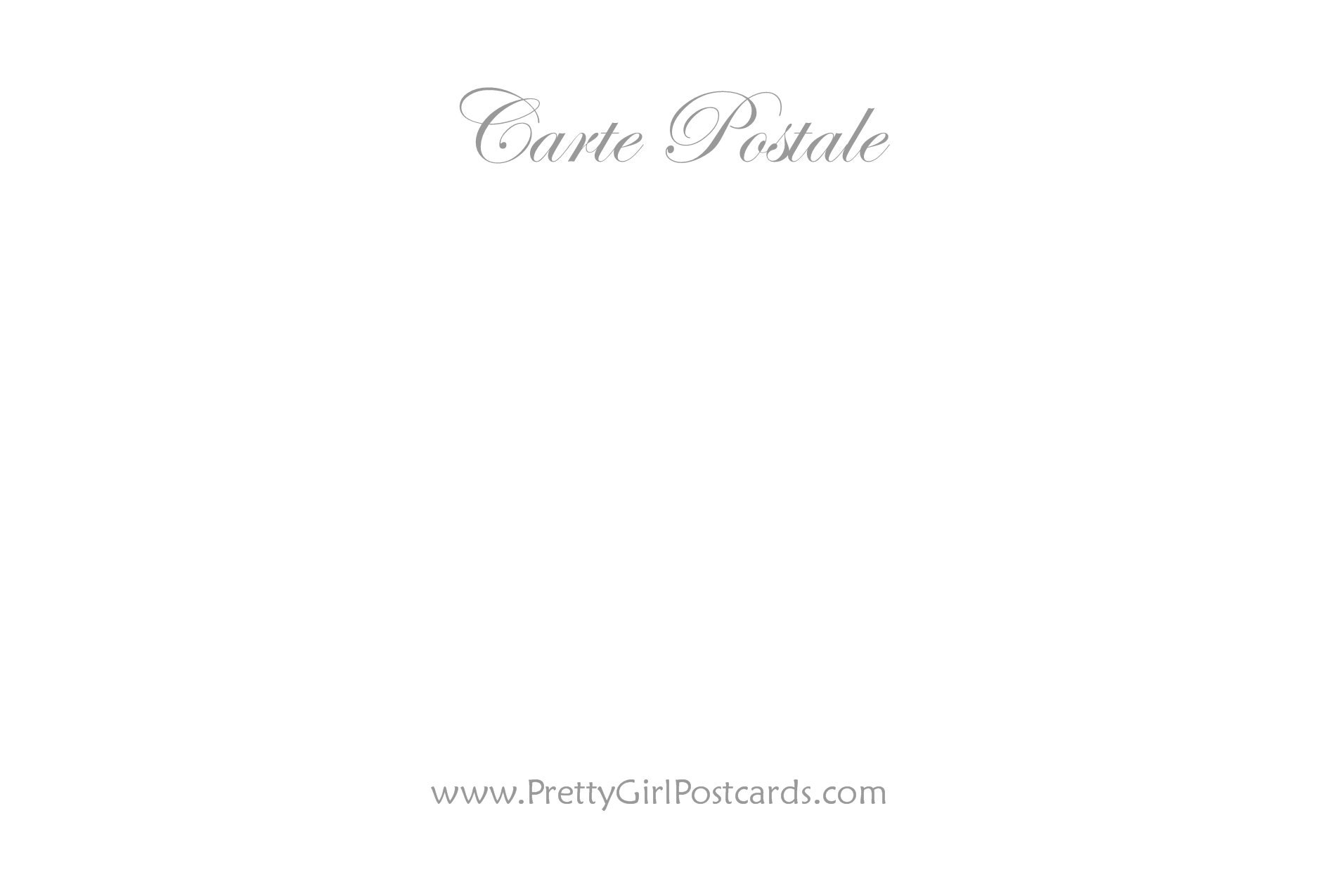 "When they said, "Don't Forget To Turn Your Clocks Back," I didn't realize they meant all the way back to THE TWILIGHT ZONE!"

You're traveling through another dimension,
a dimension not only of sight and sound but of mind...
a journey into a wondrous land whose boundaries are that of imagination... your next stop,
The Twilight Zone. —Rod Serling, The Twilight Zone introduction

As a kid of 6 years old, I began watching The Twilight Zone (the original television program in the late1950s) with my older sister and brother. It wasn't long before I was forbidden from watching the program because it gave me nightmares. I hardly understood the many controversial themes of the show (war, racism, bigotry, to name a few), but looking back I think it was the music that was so scary to me. I still watched the show with my sister and brother (albeit surreptitiously) sitting on the steps and watching through the stairway balusters going to the second floor of our house.

WHAT ARE PRETTY GIRL POSTCARDS???

I call them my “FUNNY FABULOUS FASHIONISTAS." They are 4” x 6” glossy postcards featuring illustrations of women from 18th Century French and English Fashion Plates (think "Old School" fashion catalogs). These ladies may be dressed in 18th-century frippery, but they most certainly speak the language of today's classy, sassy, and slightly left-of-center 21st-century women.

Please feel free to convo me or send me an email at:
prettygirlpostcards2 [!at] gmail.com

I gladly accept returns and exchanges

Ship items back to me within: 30 days of delivery

But please contact me if you have any problems with your order.

The following items can't be returned or exchanged

Because of the nature of these items, unless they arrive damaged or defective, I can't accept returns for:

0 items in your cart