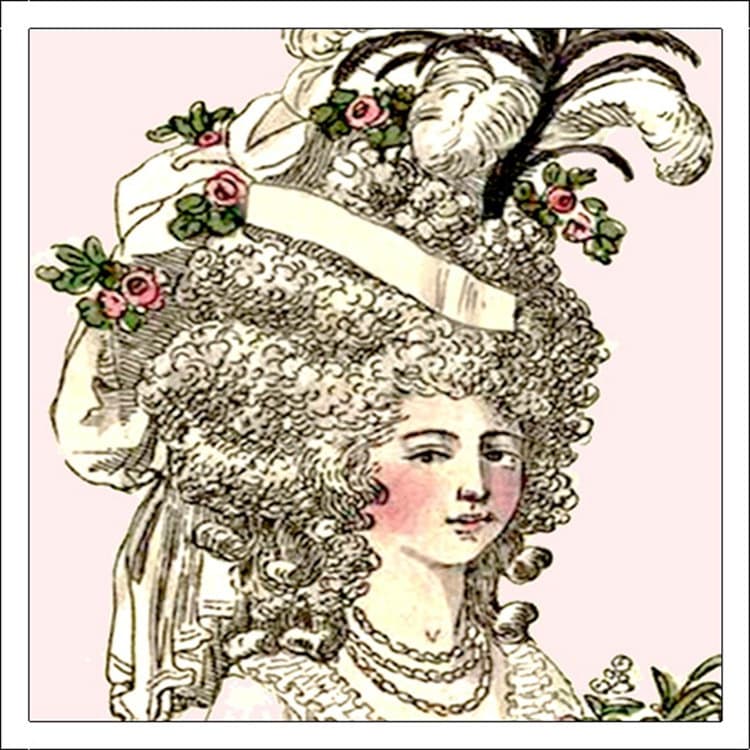 Once upon a long, long time ago, Marie Antoinette and her Posse of Pretty Girls were hanging around Versailles, you know, doing what women did in those days, things like  needlepoint, croquet, cards, coal mining and stuff like that.

It was on one such day, I think it was the 2nd of August, that Fanny, the prettiest of all the Pretty Girls, threw down her needlepoint and announced that she was mad as hell and she wasn't going to take it anymore. What she said was, "I'm Mad As Hell And I'm Not Going To Take It Anymore!" But, of course, she said it in French, so it sounded so pretty.

Fanny continued, "Look at us! We're pathetic! We are the prettiest of all the Pretty Girls here at Court and we are wasting our time making these alphabetic needlepoint thingies with words that mean absolutely nothing! She grabbed Estelle's needlework sampler and read aloud the sentiment stitched into the fabric: "Anywhere But Here".  She chuckled and said, "Well, that's funny, but really, how many of us haven't thought that on any given day, am I right?"

All the Pretty Girls put down their sewing and listened intently to what Fanny had to say. Fanny picked up Martine's sampler and gave her a long stare. "Hmm, this is interesting, "Today is the Day We Take Down The Patriarchy." Everyone gasped, as if all of the oxygen had been sucked out of the room.  "A little radical, perhaps," Fanny continued, "but on the other hand, look at those beautiful stitches! Well done, Girlfriend!"

When they all picked themselves up off the floor and regained their sanity, Fanny said, "I have an idea! Why don't we make these into postcards showing our Pretty Girl faces on them with us spouting just the most outrageous funny quotes?" Danielle, the youngest Pretty Girl asked, "What's a postcard?" Fanny took her hand and explained, "Well, the postcard hasn't exactly been invented yet, but we won't let that stop us. Now, the size will be about this big," Fanny explained, "let's say 4" x 6", and on one side we will put pretty images of us Pretty Girls doing all sorts of things, like sitting really pretty or running down a garden path or even just standing there, but we all have to have an some kind of an attitude: funny, smart, sarcastic, sad, thoughtful, or just plain crazy! We'll get those artists that paint all those ladies' dresses for the dress shops!

But the hard part will be coming up with clever, snappy quips. I'm just thinking outside the box here, Ladies, but what about using phrases from, let's say, the 21st Century?" Noelle, the one with the beautiful blue eyes asked, "But how will we know what words they will speak in the 21st Century?" Marie Antoinette laughed, "We'll make them up! That's what the men do all the time!"

Pretty Girl Postcards was a smashing success in and out of the Court at Versailles. The Aristocracy used them as calling cards and gift cards and some even framed them and put them on display in their luxurious apartments. And to this day, some scholars maintain that it was actually Marie Antoinette and her Pretty Girl Postcards that led to the creation of the Postal Service!